original black and white photo from the bank interrior

FCNB Bank is committed to banking as it should be: supporting our community and helping families become stronger, through trust and service.

For a few years after the financial crisis of 1929, the Crawford County seat of Steelville, Missouri did not have a bank of its own.  The citizens of the town soon realized that for a community to grow and prosper, it needed a bank of its own.  On October 2, 1934, the Bank was moved to Steelville, Missouri, and the name changed to Community Bank.  C.M. Fitzgerald became the President of the new Community Bank.  Following Mr. Fitzgerald was W.A. McInnis who served as President from the mid-1940s to 1956.

In 1960, the Community Bank built a new banking facility on Main Street in Steelville under the leadership of E.W. Gravatt, who was Director and President from 1956 to 1961.  In 1961, the role of President was turned over to L.J. “Tick” Perkins.  Mr. Perkins remained the CEO & President until 1976 when the family operation was turned over to his son, Paul E. Perkins.  In 1979, the Community Bank moved down the street to its current location at 402 W. Main Street in Steelville.

On February 1, 1983, the bank’s name changed to First Community National Bank of Crawford County because of plans to open a second location in Cuba, Missouri.  At that time, the bank also changed from a state-chartered bank to a national chartered bank.  In 1984, the Cuba Financial Center was opened and then remodeled and expanded in 2005.

On November 10, 2021, First Community National Bank converted from a national charter to a state charter with the name of the bank officially changed to FCNB Bank with headquarters in Steelville, Missouri. With regulatory authority provided by The Missouri Division of Finance, FCNB Bank partners with experienced examiners that are knowledgeable of local economic conditions and provide a common-sense approach to community banking. As a longstanding member of the Federal Deposit Insurance Corporation (FDIC), deposits are insured up to $250,000 per customer.

Under the leadership of Chairman of the Board Paul E. Perkins, the family operations have now expanded to the third generation. Currently, Scott Perkins serving as President and Chief Executive Officer of FCNB and Julie Perkins Settles serves as the President of FCNB Insurance Services, Inc. and FCNB Investment Services, Inc. Today, FCNB Bank remains a strong and progressive independent, community bank serving the communities of Steelville, Cuba, Sullivan, Rolla, and Eureka. 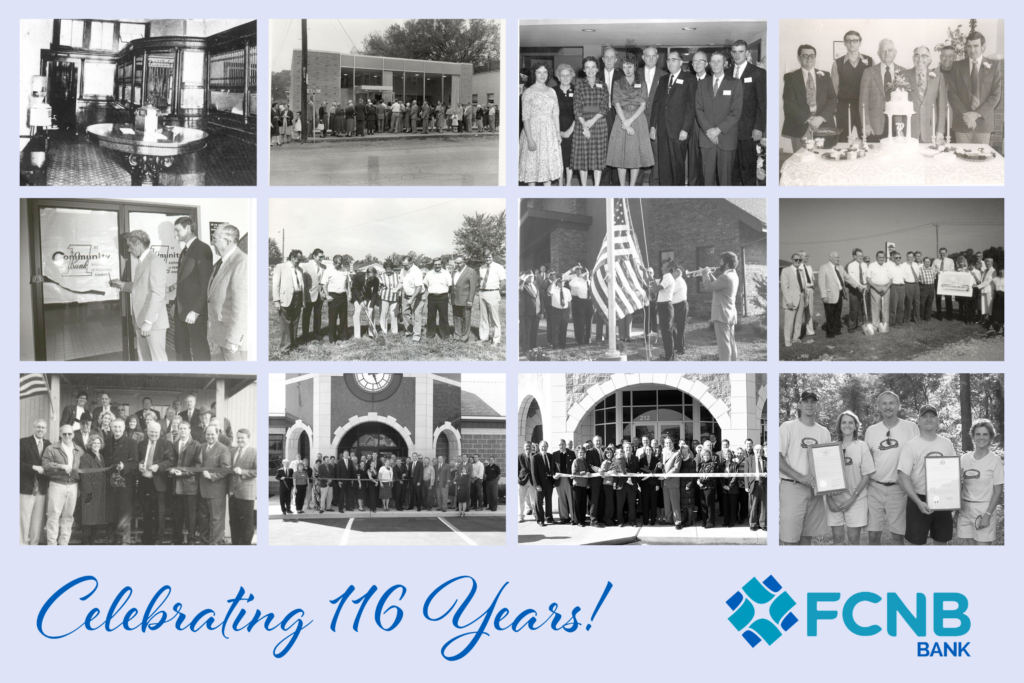